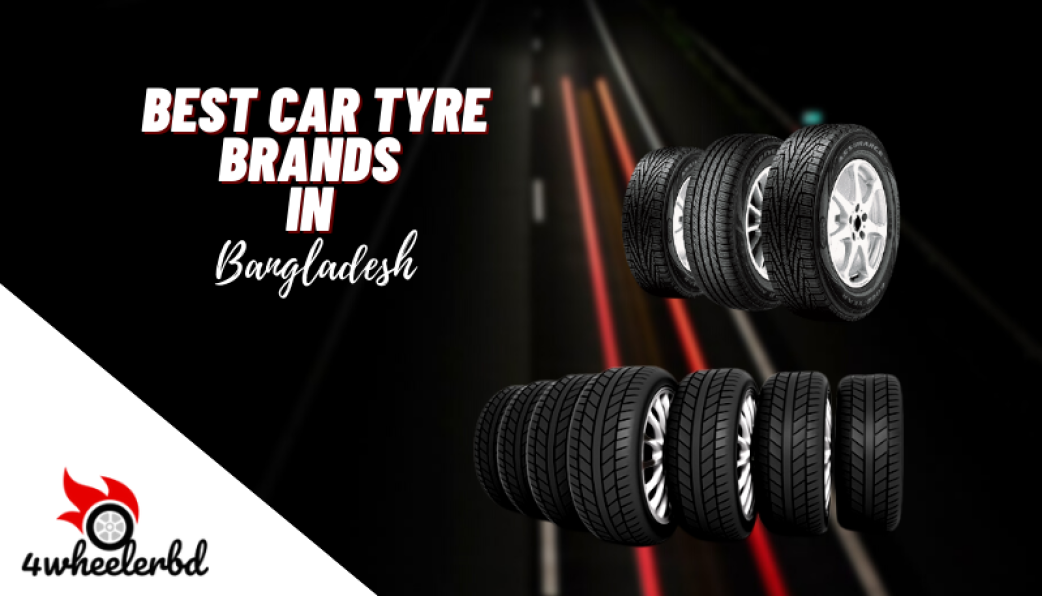 Car Tyres are the only component of a vehicle that actually touches the ground and as such their importance cannot be overstated – a set of good quality tyres fitted to your car is just about the most crucial safety feature there is. In Bangladesh, there are so many renowned world-class brands that sell their tires. They provide greater control of the car in emergency conditions and allow you to continue driving safely even during a rapid loss of inflation pressure. Find out the name of Best Car Tyre Brands in Bangladesh –

Yokohama is a Japanese company founded in 1917 that is responsible for many ‘firsts’ in that market. These include the first snow tyre, the first tubeless tyre, and the first steel radial tubeless tyre, among others. In Japan, and many other regions, Yokohama use ADVAN branding on their premium performance tyres. Primarily, Yokohama leans towards the performance aftermarket, with their designs looking to appeal to customers with performance as a focus. This is reflected in their extensive participation in motorsport, equipping many racing cars and motorcycles with ADVAN tyres. The company also manufactures the BluEarth range of tyres aimed at delivering fuel efficiency and performance.

Bridgestone is a Japanese tyre maker and the largest tyre manufacturer in the world. The company covers all the bases, from high-performance race tyres all the way down to the most economical, light-duty tyres, and everything in between. The company has a number of subsidiaries that produce synthetic rubber, roofing materials, air springs, and industrial fibers.  Bridgestone has a rich history at the highest level of motorsport around the world including being a provider to Formula One (F1) from 1997 to 2010. The company has some 180 manufacturing plants and R&D facilities in 26 countries and sells its products in more than 150 countries. In Australia, Bridgestone enjoys a solid reputation – in 2019 it was announced as the Reader’s Digest Most Trusted Tyre Brand, for the sixth year in a row!

The internationally famous brand Dunlop was founded in Birmingham England in 1889. In the USA, Goodyear owns the brand currently. Dunlop produces both types of tyres for commercial purposes and passenger cards and on the other hand tyres for motorsports. Dunlop is one of the most iconic and recognizable tyre brands in the world for over 120 years and has a proud history of pioneering groundbreaking innovations in vehicle safety and performance. RDL has been marketed by Dunlop Tyres in Bangladesh since 1978.

Michelin
This tyre manufacturer from France is another global player in the industry, providing tyres to more than 170 countries. Michelin was formed in 1889 and is the second-largest tyre manufacturer in the world. The company has been an innovator in the industry and was behind the design and development of the radial tyre. The company has three subsidiaries, ViaMichelin, Euromaster Gmbh, and Tigar tyres. The company is also known for its travel guides and road maps. Michelin tyres have been used extensively in Formula 1 racing, MotoGP, and American Le Man’s endurance tests. Michelin tyres have also been used by Toyota, Audi, Citroen, Ford, Peugeot, and Volkswagen cars in World Rally Championships.

Maxxis one of the best tire manufactures of the world started its journey in 1967; over these 40 years, it has expanded its business in 180 countries. MAXXIS International has provided high-quality tire products for cars and light trucks, bicycles, motorcycles, ATVs, trailers, karts, and industrial and lawn & garden care. SWAN INTERNATIONAL, the sole distributor of MAXXIS Tires in Bangladesh, is giving immense effort to Bangladeshi Customers to provide with the world’s one of the best tires to drive safely for the last 20 years.

Hankook, founded in 1941, has its headquarters in Seoul, South Korea. They cover a huge range of tyres for light vehicles and trucks and in doing so produce roughly 92 million tyres per year. Hankook are also heavily involved in producing other auto components such as batteries, brakes, and wheels. Currently, Hankook is the tyre provider for the European Formula 3 Championship, as well as other well-known racing series throughout Europe. Hankook has been an official supplier of the famed global automobile giants Mercedes Benz and BMW.

Toyo Tires is one of the top 10 largest tire brands in the U.S. since its arrival in 1966 and its founding in Japan in August 1945. It has manufactured many of its tires in Georgia since the 1980s, supplies original equipment tires for many popular new vehicles and continues to grow its American market share. Drivers with Toyo Tires appreciate their competitive pricing and value as well as their superior traction and overall performance across an array of driving situations and weather conditions. Toyo Tires delivers superb all-season handling, a comfortable ride. This value-driven, high-performance tire is the perfect balance between high quality, outstanding performance, and dynamic styling.

CEAT is one of India’s leading tyre manufacturers and the flagship company of the RPG GROUP. Driven by the purpose of helping the world move safely and smartly, CEAT provides world-class products and services across 100+ countries. CEAT has quite a reputation in the global market. CEAT, which stands for Cavi Elettrici e Affini Torino, is a well-known tyre manufacturer in India. RPG Group’s flagship firm was founded in 1924 in Turin, Italy by Virginio Bruni Tedeschi. The Mumbai-based tyre company manufactures tyres for segments like passenger cars, SUVs, etc. The tyre maker is known for producing value for money and affordable tyres in each segment. Alongside, it also owns 6 production facilities and 10 outsourcing units that manufacture tyres, flaps, and tubes. CEAT manufactures more than 165 million tyres annually and with production units holding a current capacity of over 800 tonnes per day it supplies the widest range of tyres to all segments. The company has marked its presence on the global tyre arena with its class-leading products and has also received several awards for its commitment. CEAT tyres would be the best choice if you want a high-performance tyre for highway and city use at an affordable price.

Each company on this list has multiple options when it comes to finding a tyre that’s right for you, and you can make a safe bet that they’ll be of top-notch quality. These are the Best Car Tyre Brands in Bangladesh.