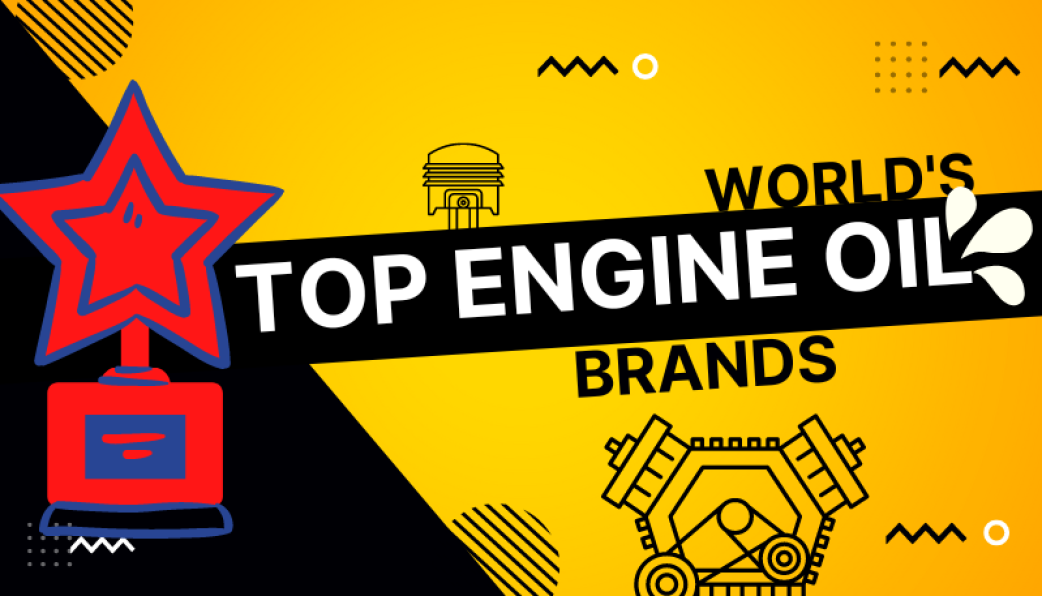 Engine oil is one of the most important thing if you think about it. A good quality engine oil can prevents possible engine problems. Thus choosing  the best engine oil for your car is also important. It is recommended to change the engine oil after 5,000 to 7,500 miles. But some engine oils are build to take on more plus with the upgraded vehicle can perform better. A regular oil change can ensure that you save cost, as engine issues is considered as one of the most costly repairs.

There are so many brands available in the market. Among them, there are some brands in the industry that holds a wide range of top-performing engine oils. So lets check out the top 10 best engine oil brands bellow:

Shell is the number one global lubricant supplier. They deliver market-leading lubricants to consumers in over 100 countries. Shell has world-class technological insights to produce its lubricants which offer you the best formulations for your vehicle. This brand has been supplying excellent engine oil that has helped lower the maintenance cost of engines. According to Kline & Company’s 18th Edition Global Lubricants Market Analysis and Assessment 2021 report Shell is the leading global supplier of finished lubricants for 14 consecutive years. Seven of the world’s 10 largest car manufacturers choose Shell as their main lubricants supplier. They deliver market-leading lubricants to consumers in over 100 countries. As from above we can see shell is holding $49,925M USD market value making it the top engine oil brand in the world. Ranks Petroleum Ltd is the sole distributor of Shell in Bangladesh.

Listed arm of state-owned China National Petroleum Corporation the PetroChina is a Chinese oil and gas company who is listed among the worlds top engine oil brands. If you look at the number you will learn what value it carries. PetroChina is one of the major oil and gas producers and distributors in China, as well as a significant player in the global oil and gas industry. PetroChina brand valuation has featured in 34 brand rankings, including the strongest and most valuable Oil & Gas brands,

Established as a joint stock entity under the China Petrochemical Corporation Group is a Chinese oil and gas enterprise. The Company has a registered capital of 326.5 billion yuan with the chairman of the board of Sinopec Group serving as its legal representative. The Company is the largest oil and petrochemical products supplier and the second largest oil and gas producer in China not only that it is also the largest refining company and the second largest chemical company in the world with a market value of $29,656M USD as for 2022.

BP is a British multinational oil and gas company headquartered in London, England. It is also known as one of the world’s seven oil and gas “supermajors”. As from a report of 2018, BP had operations in nearly 80 countries worldwide, produced around 3.7 million barrels per day making it one of the renowned brands in the world. A you can see on the table BP holds $19,001M USD market value in 2022. But in the previous year it was around $21,367M. So that shows they have decreased.

Founded in 1924, Total Energies is one of the seven “supermajor” oil companies. They cover the entire oil and gas chain, from crude oil and natural gas exploration and production to power generation, transportation, refining, petroleum product marketing, and international crude oil and product trading.  As listed above Currently Total Energies has a market value of $15,086M USD.

Headquartered in San Ramon, California, Chevron is  an American multinational energy corporation.  It is the second largest oil company in the United States, only behind ExxonMobil. They currently holds $14,588M USD as their market value. But if we look at the previous year market value you will see some decrease. In the 2020, it was ranked as the 61st-largest public company in the world.

Established in 1974  Petronas is a Malaysian oil and gas company. Petronas engine oils are formulated with premium quality unconventional base oils and advanced additives systems to provide outstanding thermal and oxidation stability that will ensure a minimum oil thickening at a very high operating temperature. Since its incorporation, Petronas has grown to be an integrated international oil and gas company with business interests in 35 countries.

Formed on November 30, 1999, ExxonMobil, is an American multinational oil and gas corporation headquartered in Irving, Texas. This brand sits at the last position of the top 10 list. But in the previous year it was on the 8th place within a year it has changed. The current market value of ExxonMobil is $11,161M USD.