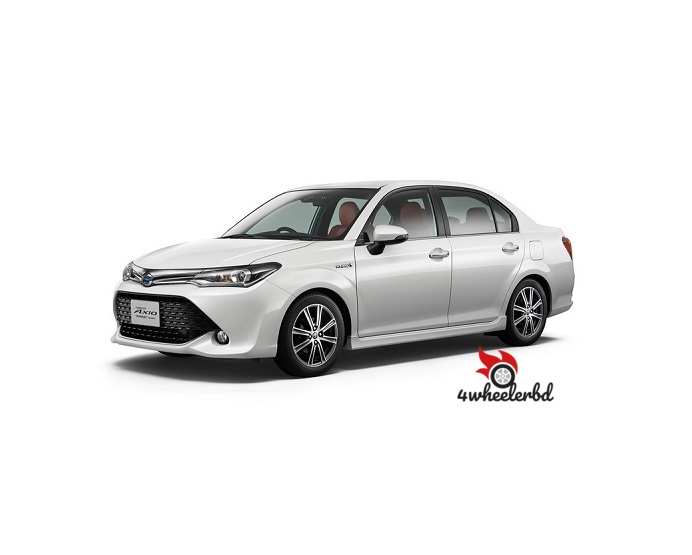 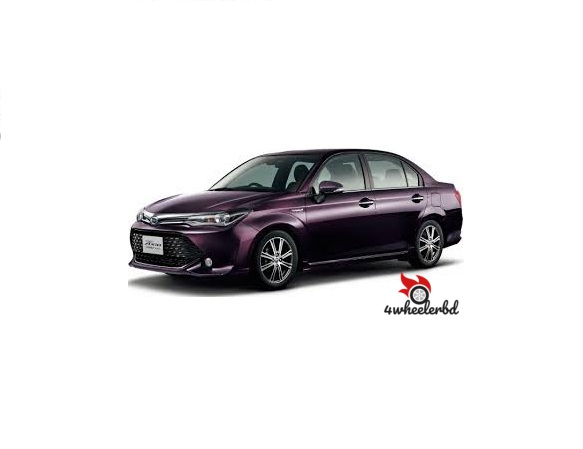 Rated 3.50 out of 5 based on 2 customer ratings
2 Reviews|Add Your Review

The Toyota Axio is an excellent car that is best suited for single people and small-sized families. It is also popular with business people due to its good fuel economy and cheap maintenance costs. Most Toyota Axios imported into Bangladesh are manufactured for the JDM(Japanese Domestic Market). It has fuel efficiency better than the Fielder due to its lower weight. All the spare parts are also cheap and easy to get.

Make sure you read the full overview before you buy one. Although a brand new version of this model is not available here in Bangladesh. But you can always search for a reconditioned version.

Design and Looks: The Corolla Axio is a very appealing and attractive car. The vehicle’s lateral dimensions are emphasized by an expanded lower grille below the front bumper and gilding running from the upper grille to the headlights. The goal of the design was to make a car that has a dynamic exterior but is still compact in size. You will love the design as it is sporty and stylish. It has a few color variants.

Engine Specification: The Toyota Axio is equipped with a powerful 1496 cc In-Line engine that is capable of producing 141 Nm at 4200 RPM. If you think about it, the power is more than enough. A continuously variable box transmits the power to the wheels making the ride more smooth and hassle-free. The new partially redesigned Corolla models also adopt VVT-iE, achieving a new level of fuel efficiency and dynamic performance. The new models of the Axio are upgraded to hybrid. Those versions receive power from both engines. Providing more fuel efficiency. The transmission offered in the Axio collection includes 5-speed manual transmission, 6-speed manual transmission, 7-speed Super CVT-I, 4-speed automatic transmission and 5-speed automatic transmission depending on the version and model.

Fuel consumption: It has fuel efficiency better than the Fielder due to its lower weight. Its fuel consumption rate is 14Km/l and with the hybrid it’s 23km/L. The hybrid models exceed the Japanese government’s 2020 fuel economy standards by at least 20 percent. This car can reach up to 180 Kmph

Safety and Other Features: The Toyota Safety Sense C package uses both a laser radar unit and a camera to achieve high reliability and performance. It is equipped with a PCS ( Pre collation system) that uses a camera and laser radar to detect objects ahead of the vehicle. If the driver fails to brake in time, the system automatically applies the brakes, reducing speed by approximately 30 km/h.

Price: In Bangladesh, Brand new Axio is not available. All the Dealers import reconditioned Axio from the Japanese domestic market. People of our country prefer to recondition cars cause they are budget-friendly and almost like new. The estimated price of the Toyota Axio is around 17 – 20 lacs bdt. the hybrid version is an updated model so they could cost more.