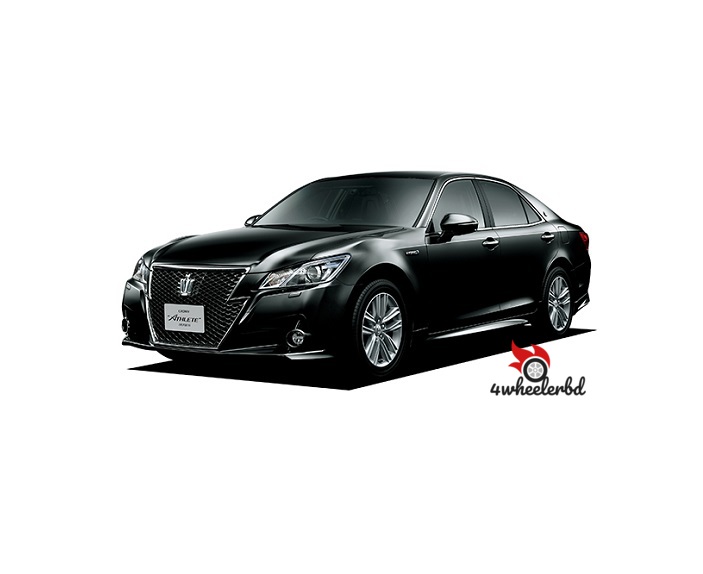 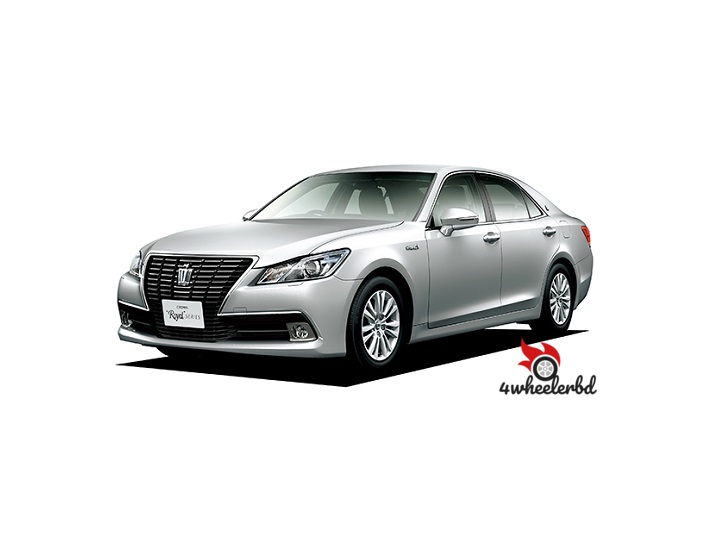 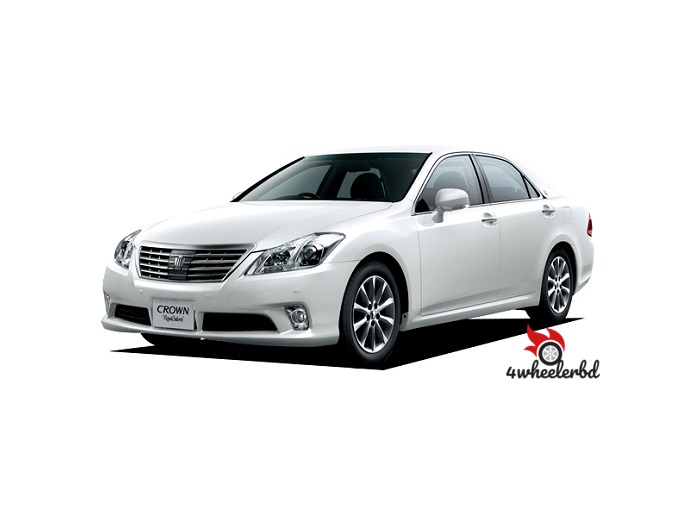 The Toyota Crown Royal Saloon Hybrid is a rear-wheel-drive four-door sedan with all the luxuries attached. It has a soft suspension that makes a relaxed and comfortable ride. For its mix of quality and value, it became a midsize car that hits all the marks. It features strong fuel economy, a comfortable interior and a smooth ride.  It is available here in Bangladesh along with all spare parts on a cheap price. Brand new is not available but you can get reconditioned one.

Looks and Design: In the terms of looks and design the Crown Royal is on another level. Its thick front bumper and horizontal grille with an emphasized sense of depth create a front view that exudes a commanding presence. The grille has been lowered even further and a chrome finish extends from the center to both sides, surrounding the fog lights and highlighting a sense of quality as well as a low center of gravity. The interior is also luxurious with a detailed wood-grain finish. In addition, combined with the new interior colors of black with brown accents.

Engine Specification: The Crown Royal is matted with a powerful 2499 cc DOHC 24 Valves engine that is capable of producing 200 HP @ 6400 RPM maximum power and 243 Nm @ 4800 RPM maximum torque.  In addition, Dual VVT-i (Variable Valve Timing-intelligent Wide) technology optimally controls intake and exhaust valve timing, allowing the engine to run on the Atkinson cycle, while efficiency is further improved through the use of a Stop & Start System idling-stop function.

Brake and Suspension: The Crown is equipped with Ventilated Discs both for front and rear. and they have used Double Wishbone Suspension on both front and rear. Which will provide you soothing comfort with great control on the road.

Safety and Other Features: The Crown Royal features all the safety features you can think of. Toyota has made this car with premium features. They have installed 7 airbags on the car so that you stay safe during any type of collision. Features like ABS, Immobilizer and traction control are there. With this vehicle, you can enjoy your ride.

Price: In Bangladesh, a brand new Crown Royal might not be available. You will have to search for reconditioned version. There are so many dealers available who import Toyota cars which are not available here. The estimated price of the Toyota Royal Crown would be around 50 – 70 lacs. The price will depend on the model year and condition of the car.

There are no reviews yet.